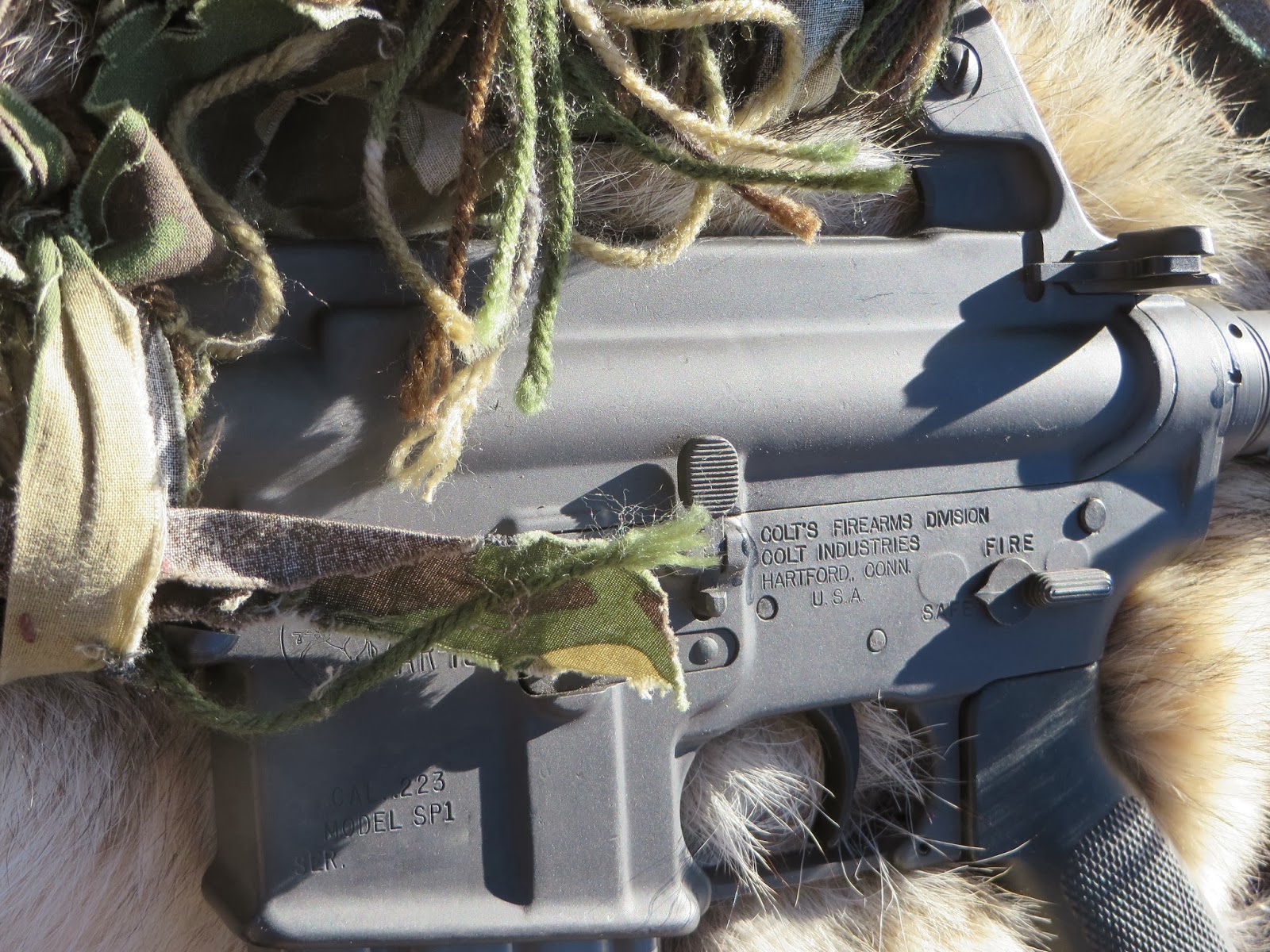 Recently I was able to receive some insight on my blog via social observation.  This came through watching people actually review my website.  It was not at my direction but when the topic of my blog came up in conversation they happened to be sitting in front of a computer  and started browsing the content.  I noticed that what drew their immediate attention was not my writing, but some of the videos and photographs I had created and placed on the blog.  Armed with this knowledge I decided to begin creating more video blogs and perhaps decrease the word count of the blog posts themselves. This week I am putting this idea to the test and on my most recent hunting adventure I made a video diary throughout the day.  The results of this are at the bottom of this post.
The hunt was this last Friday, 011714. It was the result of some serious mountain withdrawal, and what I like to call the new gear syndrome.  Hunters can be an odd sort, we love new equipment and tactics.  Simply look and enormous industry of hunting/outdoor suppliers that profit from our drive to have the latest tech in the field each year.  For me it was my new Foxpro Hellfire electronic caller.  Depending on my mood and the predator I am after on each particular call stand I float between traditional hand calling and using an electronic caller,(in Colorado you cannot use an electronic call for mountain lions, I only hand call when pursuing them specifically.)  The winds had also become a serious obstacle to predator calling in the recent week.   The sound the wind generates can drown out hand calls and even an electronic caller if strong enough.  So after staring at the new Foxpro for nearly two weeks and listening to the wind outside my window I decided it was time to head to hills. 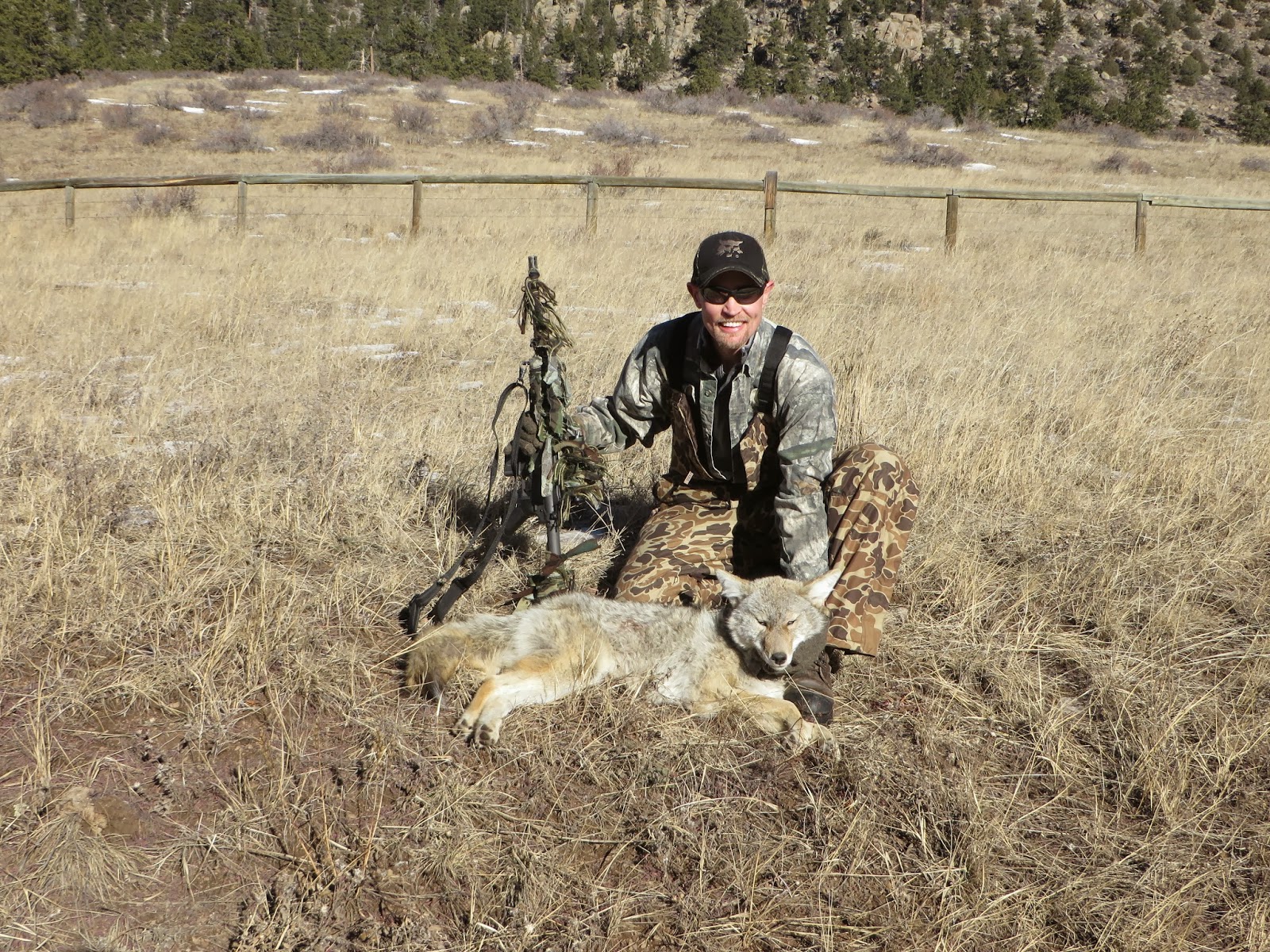 I arrived in my calling area as it was just beginning to get light.  I set up a call stand with no predator response.  I immediately drove to another call location that was several miles away.  While traveling there, I turned a corner on the mountain road and found a coyote trotting down the snow covered trail.  He took off at a full run and then shortly left the road and ran up a hillside.   I parked my truck, grabbed my gear and started off after him.  I tracked him until his prints revealed he had stopped running and resumed walking.  This signaled me as a great location for a call stand in hopes to call him back to me.  After 10 minutes of calling it was obvious the coyote was out of earshot.  I packed up, photographed his prints for later cataloging and returned to the truck. I continued driving down the road and after another mile I saw the coyote again.  This time he was leaving the brush covered banks of a stream bottom and crossing an open area approximately 200 yards ahead of me.  The coyote obviously saw me but did not run, instead he sauntered towards a large rock outcropping surrounded by a pine stand.  I backed the truck up several hundred yards down the road, it was a miracle I did not put the tires in the ditch.  I grabbed the Foxpro and my rifle,  parked the truck and ran up a ridge line that hid me from where I had last seen the coyote.  I selected a spot just over the ridge line set the Hellfire down and then continued on another 50 yards up the ridge to a large clump of bushes near a tree.  I turned on the caller and settled in, knowing that it would not be long if the dog was going to come in.  It wasn't, two minutes into calling the coyote came charging in from the area I had last seen him.  I knew the wind was not ideal and he would scent me before he made it to the Hellfire. Sure enough the coyote stopped directly downwind me, as if he hit a brick wall.  While I am sure his keen nose and intelligence had saved him in the past, it was not enough today.  I had expected this and was tracking him in the scope of my Colt AR15.  The moment he stopped, I settled the cross hairs behind his front shoulder, applied the proper amount of pressure to the trigger and felt the light recoil of the .223.  That was it, the coyote fell and did not get up.  While it was not a bobcat or lion, it was an exhilarating hunt and nice to put some fur on the ground this season.  As I approached the coyote I thought about what all the years of calling have taught me.  I know I have a lot still to learn, but quick thinking combined with experience and a little bit of luck allowed me to get the kill shot. The coyote was a beautiful male about 2 years old with a silver mane and blond body.

The rest of the day was spent on several more call stands and fighting the incessant winds.  Rather than go into great details I will let the video tell the whole story.  I apologize for the inconsistent transitions of the video.  My editing software decided to be cranky today.  On the list for next week is learning a new Mac based software that I hear excellent things about.